A Closer Look with Heather Patterson 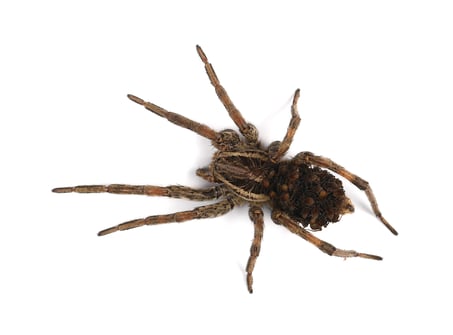 Spiders can invoke a range of negative emotion in people, from slight dislike to intense fear, or arachnophobia. In many cases, this fear drives the lack of tolerance for their presence. Though there are a few species of medical importance, most spiders leave humans alone, are benign, and even beneficial. Spiders are known to feed on other nuisance insects around the home, as well as pests in gardens and on farms, groves, and orchards. Since some spiders are closely associated with environments and habitats created by humans, they are regularly encountered by PMPs and their customers.

Spider management services are requested by homeowners across the US even though most are relatively harmless. The reason they are seen around homes and other buildings is usually because there are desirable food sources in that area. For species like brown recluse or black widows, immediate action and control efforts are necessary due to their cytotoxic and neurotoxic venom, respectively.

When it’s time eat, spiders will capture pray in different ways depending on the species. How spiders hunt and their predatory nature can be separated into four main categories: (1) web builders (like orb-weavers and widow spiders), (2) active hunters (like wolf spiders), (3) burrowers (like tarantulas), and (4) ambushers (like crab spiders). In urban pest management settings, PMPs are more likely to encounter hunting and web-building species.

Cellar spiders (family Pholcidae) are a web-building, long-legged, urban spider species commonly referred to as daddy longlegs. Opiliones (or harvestmen) is another arachnid closely related to spiders and is also colloquially known as daddy longlegs. Neither, however, are dangerous to people.

All spiders produce silk, and some species use it to design very intricate webs. Some orb weavers are known to decorate their webs with UV-reflective silk designs called stabilimenta. Webs that have these shiny, reflective designs have been observed to attract and catch more insects.

When dealing with the webs around a customer’s home, using a vacuum or telescoping cleaning device to eliminate spiders, their egg sacs, and their webs is an important addition to your spider program. The removal of spider evidence, like old webbing, can give the client some peace of mind and confidence in the service as cobwebs may be viewed as continued spider activity.

Unlike some of the other arthropods we deal with in pest management (e.g. bed bugs and mosquitoes), spiders don’t prey upon or seek out humans to bite them. Typically, spiders feed on insects, but have been observed to prey upon lizards, frogs, and even birds. When people are bitten by spiders, it is usually related to an instinctive reaction to defend itself from threat or provocation.

END_OF_DOCUMENT_TOKEN_TO_BE_REPLACED

A Closer Look at Fall Armyworms

A Closer Look at Fall Invaders