How To Manage the Three Most Common Ant Species

How To Manage the

Ants remain one of the most common insects for which property owners request services from pest management professionals. Overall, they are what PMPs call one of the “big three”; cockroaches, spiders and ants.

Carpenter ants, Odorous house ants, and Pavement ants are three of the most common ants PMPs are called on to manage. However, the list of nuisance and pest ants is much longer for species that infest homes and businesses around the country. 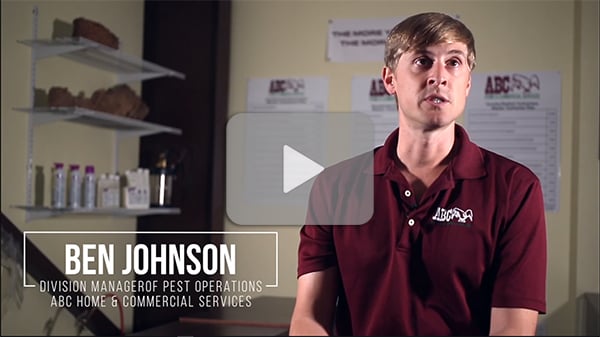 All ants are social insects, which is why ants typically occur in large numbers. Social insects have several advantages over their non-social insect cousins. First, social insects work together to gather food and resources, increasing the efficiency of both. Second, there is a dedicated group of insects tasked with caring for the young of the colony, guaranteeing the long-term growth of the nest. Finally, the members of the colony work together to defend the nest, increasing the chance of successfully warding off predators.

The first step in controlling these pests (and so many others, too!) is identification. This allows us to know the biology and behavior associated with the target pest. This in turn allows us to target our application and control strategies to eliminate the pest problem, keep our customers satisfied, and ultimately reduce the number of callbacks.

Our first ant is an ant that causes the most structural damage and is among some of the largest of the ants encountered by PMPs. Carpenter ants affect the pest management industry in a big way; they are the biggest generator of income as well as callbacks of all the ants.

Carpenter ants belong to the genus Camponotus. This is an extremely large group, with more than 1000 different species worldwide with an estimated 40 species occurring in the United States, but only have of that (20 total) have been identified as “pests” in urban environments.

In general, ants in this genus are identified by having:

Carpenter ants cause damage by excavating into sound wood or previously damaged wood. This excavation creates nesting sites, and in many parts of the US carpenter ants are considered rivals to termites when it comes to structural damage. This behavior allows the ants to create galleries to house the colony as well as brood. In nature, trees and logs are accessed via cracks, knot holes, or decayed areas where wood and debris is removed to house a growing colony.

Most foraging occurs at night with sunset being the most common time for ants to forage. As temperatures increase, they can also become nocturnal, foraging at night to escape the elevated temperatures. A carpenter ant forager can travel more than 100 yards from its nest in search of food. Carpenter ants do not eat or consume wood; instead, they feed on protein sources, such as dead insects and carbohydrate sources such as honeydew,  typically produced by aphids and scale insects.

These very commonly encountered dark brown to black ants commonly infest urban areas and especially like to live in and around buildings, sidewalks, driveways, and other structural elements. Pavement ants will eat nearly anything, an will accept most any type of insect bait. Their foraging trails have been found to be distances up to 30 feet. Pavement ants can climb masonry walls that enter into customer homes and other structures. These ants also have many queens, but nest under rocks and pavement, can be found in ground-level masonry walls, insulation and under floors. Outside look for these dark colored ants typically under stones, pavement cracks and next to buildings. Pavement ants can be identified by:

Pavement ants are one size and do possess a stinger, although people are usually not stung easily by these ants. These ants are attracted to moisture, so eliminating excessive water around structures help with prevention, as well as keeping things clean indoors. Clean up spills, crumbs, counter tops and floors to eliminate food sources for Pavement ants.

Get control of Pavement Ants with FUSE LEARN MORE >>

Odorous house ants can have very large colonies, but tend to have several thousand workers and many queens in natural colonies. Odorous house ants prefer to feed on sweets and are very fond of honeydew, they nest near moisture sources such as in wall voids near water pipes, in heaters, beneath leaky fixtures and inside wood damaged by termites.  Outdoors, these ants access structures via tree branches and other over grown landscaping touching the structure as well as utilizing voids for harborage. They are also known to move their nests every three months or so in response to rain. This ant can be difficult to control with the multiple queen facet along with its habit of temporary nesting sites. Odorous ants will not cause structural damage like the Carpenter Ant, but due to extensive numbers that are present, they can be quite troublesome to customers. When identifying Odorous house ants, look for:

Swarming, or the flight of winged alates, typically occurs in spring. Newly mated queens seek out a protected nesting site and will produce a very small number of eggs. As the colony grows, brood care, foraging and maintenance of the colony is taken over by workers. It can take up to 10 years for a colony to mature enough to produce alates of its own.

As colonies grow, groups of individuals will be sectioned off into divided colonies. These satellite colonies maintain contact with the main colony via trials, and food and brood are moved freely between the satellites and main colony. A mature colony can produce anywhere from 8-25 satellite colonies and satellite locations can be re-used from year to year.

Get control of Odorous house ants with FUSE LEARN MORE >>

Management of any of these species is best achieved by targeting both the main colony as well as the satellite colonies if they exist. Non-repellent, transferable products, such as Fuse® SC are most effective. FUSE is a proprietary product that is powered by COMBINATION CHEMISTRY. With a flexible label, allowing the PMP to make up to 8 applications per year, FUSE is an excellent choice for exterior applications for ant management.

FUSE contains two active ingredients, Imidacloprid and Fipronil, delivering 2 separate modes of action to these pests. Fipronil blocks GABAa-gated chloride channels in the central nervous system of insects*. Whereas the Imidacloprid acts on post-synaptic nicotinic acetylcholine receptors in the nervous system of insects*. Make sure to focus your liquid applications on areas the ants are trailing and their nesting sites, especially where construction elements join and ants are seen entering the structure.

Below is an informative infographic of a survey conducted in 2012 by Professional Pest Management Alliance. A survey of U.S. pest professionals found that 100 percent of respondents treated ant infestations in the past year, and that the most prevalent species found were carpenter ants, odorous house ants and pavement ants.

How to Identify Southern Zone Insects

Is It An Ant or a Termite?