What Type of Grass Should You Plant in Your Area

Determining the type of grass for your region 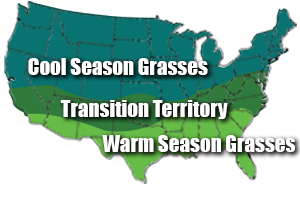 Warm-season turfgrass are those species with optimum growth at temperatures between 80 and 95°F (27 to 35°C). Warm season grass species include Bahiagrass, Bermudagrass, Bentipedegrass, St. Augustine and Zoysiagrass.

Warm Season and Cool Season grasses grow in this region.

Reduce growth and mowing requirements with PGRs from Quali-Pro

Winter Weeds in The South